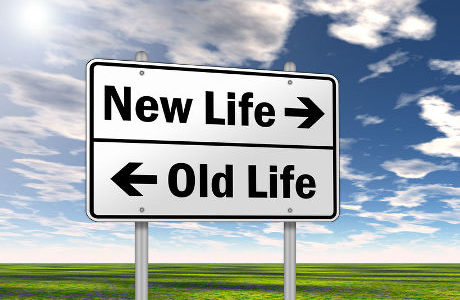 “Not permanence but change, its pace and its direction, are all that matter.” ~ Freya Stark

Debra’s #1 goal this year is to reduce her work schedule from five days a week to four as she moves toward retiring from her financial consulting business.

She’s read the articles and talked to colleagues, and she knows that stopping work cold turkey is not the way to go. When people quit work abruptly without a plan for new activities, they often flounder and become very unhappy.

To begin with, she’d like to spend more of her time pursuing her other interests. Things that matter. The problem is… she doesn’t know what these things are!

This is a scary place for Debra. She’s a person who likes structure and a clear plan. When she first considered making this change to her schedule, she created a spreadsheet detailing all the things she could do with her additional time, using important criteria to rate the opportunities. This is how Debra tackled the unknown in other situations: using her left brain, without leaving space for her emotions.

Debra’s spreadsheet is a great example of the Einstellung Effect — our predisposition to try to solve a given problem in a specific manner, even though better or more appropriate methods exist.

As the saying goes, “To a man with a hammer, everything looks like a nail.”

In his book The Slow Fix, Carl Honore says, “The human brain has a natural fondness for familiar solutions. We reach for fixes that have worked on similar problems in the past, even when better ones are staring us in the face.”

This tendency was useful “when humankind faced a limited set of urgent and straightforward problems, such as how to avoid being eaten by a lion,” Honore says.

At our coaching session, Debra recognized the limits of approaching her goal of retirement the way she’d tackled projects in the past. And she saw a perfect opportunity to kick-start her thinking and try out a new process.

For that, we turned to William Bridges’ 3-step model, which is not your typical beginning, middle, and ending process. Rather, it moves from endings to a neutral zone to new beginnings. Bridges says, “To become something else, you have to stop being what you are now.”

In other words, the starting point always begins with an ending.

Debra had already entered her ending phase by deciding she wanted to reduce her current five-day work week. She’d taken the first step by making space to explore what came next. It was time to move to the four-day schedule, even though she didn’t know exactly how she would use her free time. This knowledge would come as she worked each step of Bridges’ model.

In our most recent coaching session, Debra shared what she’s learned so far:

Debra took her time experimenting in this middle section by spending time with activities that had meaning for her. She attended a meeting of her town’s Friends of the Library. She signed up for a storytelling class. She scheduled lunches with friends she had been out of touch with. And it helped her realize… she had a lot of options!

Perhaps there was more than one way that she wanted to spend her time! Debra was excited to know that she could enjoy this middle time of learning, and that she didn’t have to rush to get to the next step.

What do you want to make space for in your work or life? What will you stop doing in order to make room for that something new?